I had a really great weekend.  Of course I did!  It was Thanksgiving and I didn't have to get up and take the kids to school!
Yes, it was Thanksgiving.  And we had a great time being together and snuggling with The Boy Who Hung the Moon.  He's getting so big and he's such a smiley, happy, little talker (he's only two months old, people)!
Wednesday, I made pie.  I mean, I made four pies.  Caramel Pecan, Banana Creme, Chocolate Truffle, and Pumpkin.  I tried all of them except the pumpkin because I don't like pumpkin pie.  But the others were divine.  Ben (my brother) made a frozen yogurt pie which turned out to be every body's favorite, so thanks a lot for upstaging me, you jerk!
Friday, I slept in and finally after waiting for hours and hours while Kurtis taught Zach to program something and then make him do an assignment and then check his assignment, we went Christmas shopping.  We are almost done, too!   I'm so excited.  I've never been almost done with my Christmas shopping this early before.  Every year, I say, "Oh, it's October!  We need to start shopping for Christmas!" and then never do.  This year, though.  I did.  I'm glad, too.
Saturday we went and saw the movie Percy Jackson and the Sea of Monsters.  It was awesome!  I can't remember how closely it followed the book (but I'm pretty sure they too a great deal of liberty with this story) because I lent the book to my friend over a year ago and she still hasn't given it back (even though I have asked her to).  I wanted to read it before we went to see it, but I didn't.  Oh, well.  I still had fun.
Sunday, I got to see the Boy Who Hung the Moon again.  His daddy was giving him a name and a blessing in his church meeting that day.  It was a really awesome blessing and my brother did a great job.
After the meeting, we went to his home and ate food to celebrate.  He did hang the moon after all.  He deserves it.  I got to hold him and love him.  Emily said to me, "You are baby hungry, aren't you!"  I said, "Yes!  But I am done."  And I am.  But let's face it.  I have seven siblings!  I am supposed to be surrounded by babies all the time, and I'm not.  There is a seven year gap between the Boy and the last grandchild in my family.  I think I'm allowed to be enamored with him.  At least a little.
I didn't take a lot of pictures at either event and I forgot my video camera on Sunday and couldn't vlog the after party, so we'll just have to be happy with the pictures that I did take. 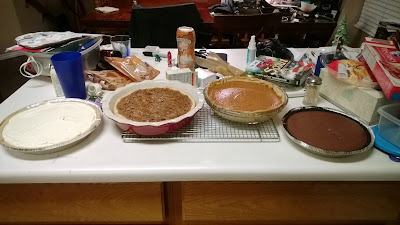 The pies I made. 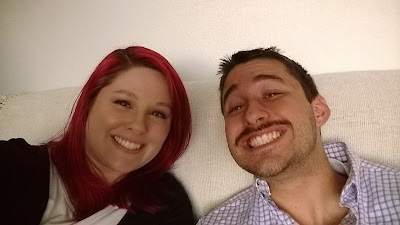 Me and Ben!  He and I are twelve years apart. 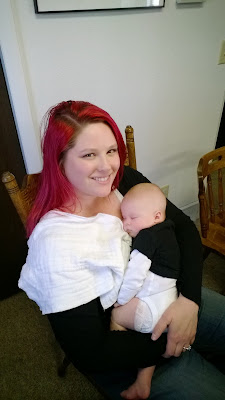 Then I hogged the baby pretty much all day. 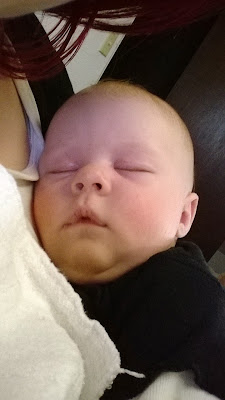 Seriously, with a face like that, how could I not? 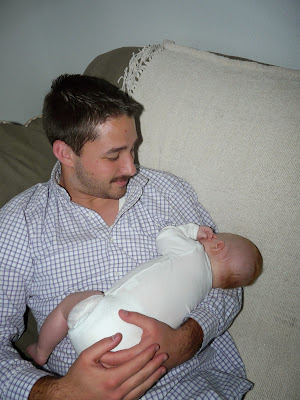 Then I let Ben have a turn.  Because I wanted some of that yummy pie! 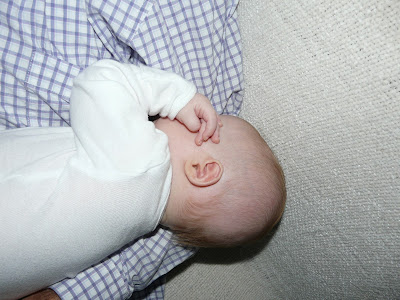 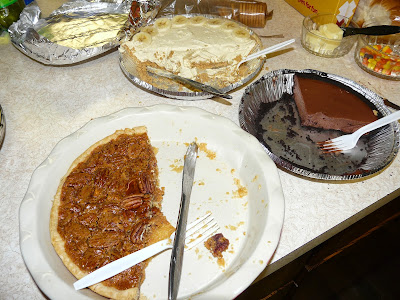 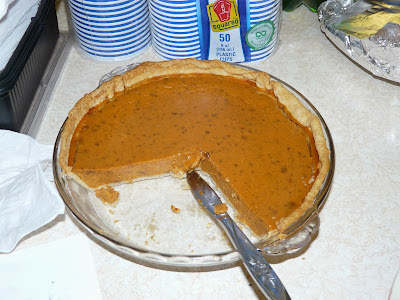 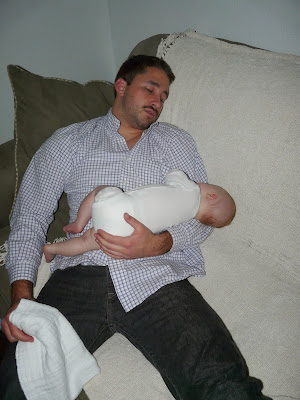 And when I came back, this was happening!  So cute!
Yes, he's alseep. 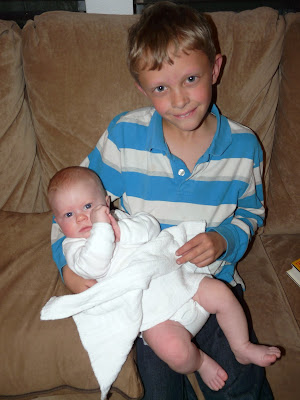 Then Kaleb wanted a turn. 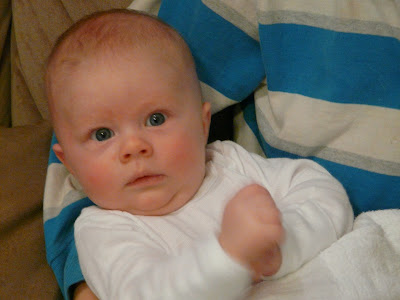 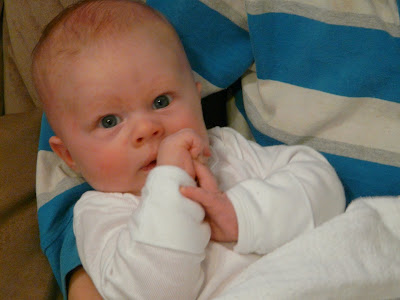 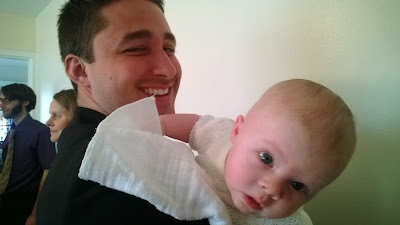 After the blessing at Michael and Lili's place.
He was such a good baby during the blessing.  He cried a little near the end, but calmed down a bit before it was over. 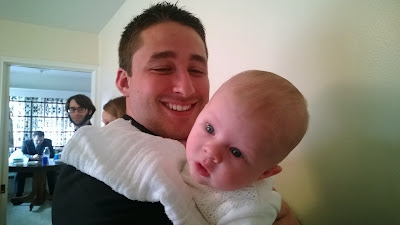 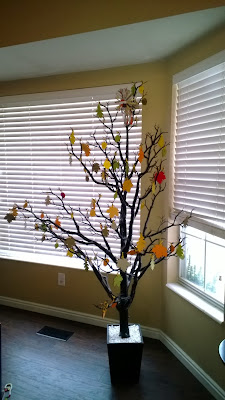 This is our Thanksgiving tree.
Well, it's my Halloween tree and I cut out a bunch of leaves on cardstock and told the boys to write down the things they are thankful for.  This is what it looked like yesterday before I took it down.  I'm in the process of decorating for Christmas.  The time to be thankful is over!  Now it's all about giving!
Yay, Thanksgiving!  Yay, Christmas!