Savior of the World

Well, I promised I would let you know more about the play I am in. I have a minute to plug it, so I want every one who is able to come, to come. This play has been a wonderful experience for me. I have auditioned for other roles and not gotten them, and I believe it is because this play is where I am supposed to be right now. This is what the Lord wants me to do. Honestly, I really wanted the part I auditioned for for a movie called Dear Jane, Dear John. But filming would have taken me away from Savior of the World rehearsals. I usually want every part I audition for. But that is beside the point. I know that Heavenly Father has a plan for me. I just don't always know what that plan is.
This play is about the birth and resurrection of the Savior. It's about the story of Mary and Joseph and about the people who loved Him after he died and was resurrected. It's powerful and meaningful. My stake is putting it on, so not all of the actors in the play consider themselves actors. I know that they are doing the best they can, and they are wonderful. We have a lot of talent in our stake. So come if you can make it. Admission is free. 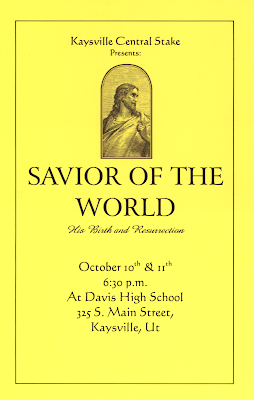 Posted by sweetlissybug at 2:38 PM No comments: 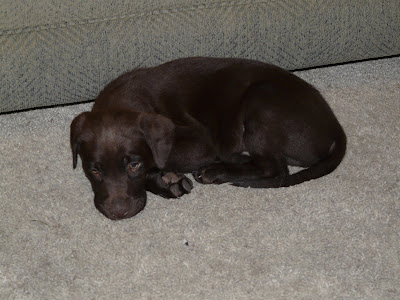 Ha ha! We'd like to welcome our newest addition to our family! This is Neji our new puppy. He is a lab mix. He was born July 9, 2008 to our neighbors around the corner and up the street. Zach and Riley came home from school September 2, and said they were giving away their puppies for free! I wasn't sure I wanted a puppy. But then I said I would go look. I fell in love with them. I'm not stupid enough to take them all home, but I called Kurtis and asked him how he felt about it. He said he was going to leave it up to me. So we got a puppy! The kids were so excited. Now we get to potty train a puppy. I just finished potty training a little boy. This can't be too hard, right? He is so cute and tries so hard to be good, but he is still so little that his instincts override anything else he tries to control. But he is sweet.
Oh, everybody always asks us where we came up with the name Neji. Well, our family really likes this anime show called Naruto. Naruto is a show about a boy training to be a ninja. His nindo (or ninja way) is "I never give up!" Which is why even though he can be a little annoying, we love him. Neji is one of the characters in that show, and it wasn't so Japanese that people would think we were nuts. We considered Kakashi (he's my favorite character), and Shikamaru (he always says, "What a drag!"). Here are some pictures! 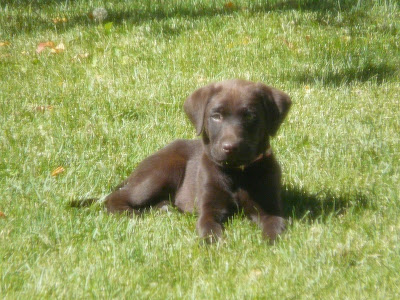 He's already grown! When we took him to the vet, Neji was 10.6 pounds. The vet said that he would get as tall as he his going to be in 9 months and that he would weigh as much as he is supposed to weigh in a year. He also said that his weight should double each month, and that he should be 60 pounds by the time he is full grown! He's going to get big. Abbey, our other dog who is a beagle mix and 9 and a half years old, only weighs 36 pounds. 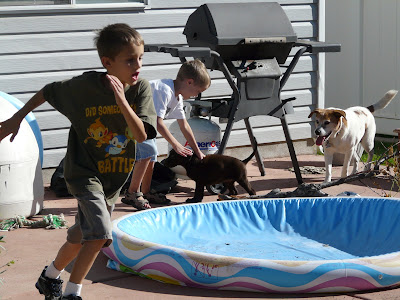 The boys like to run around and have Neji chase them! 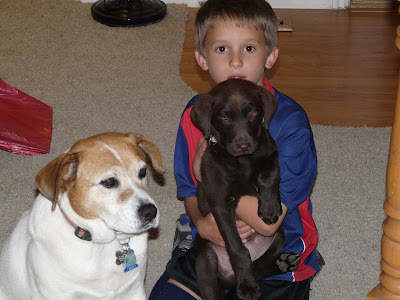 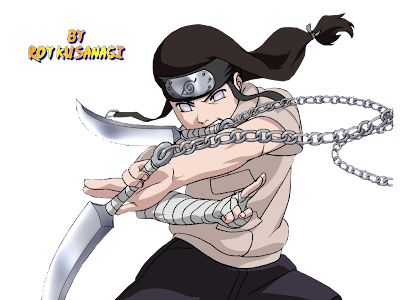 This is Neji from Naruto
Posted by sweetlissybug at 10:55 PM No comments: