In Which I Discuss My Hatred for Exercise

I think I have a problem.  Just so you know, I'm not asking for advice.  This is just something that I am going to have to figure out how to live with and do it any way.  Today, I have a confession to make.  There are some things that I really, really hate doing.  I mean I really loathe doing them.  If I know it's something I have to do, I will procrastinate getting up in the morning.
I hate cleaning.  I hate gardening and yard work, and I hate working out.
I hate all of those things.  I hate the working out thing the most.  I really need to loose weight.  And I'm not just whining here.  I do.  The health test I took for my insurance says so.  It says I have borderline high cholesterol and the way to fix that is to loose weight before it gets worse.  We'll see if that's true when I do loose weight, though because my dad has high cholesterol and he got that from his mom.  My cousin told me he has it, too and he's only two years older than me.  It's in our genes.
Back to hating loosing weight so I don't ramble any more.  Well, actually, that's pretty much all I ever do. But back to exercise.  I don't really know why I hate it so much.  I said this to Kurtis the other day, and he said, "Really?  You hate exercise?"  He didn't believe me. "Why?"
"I hate feeling sore afterwards.  I hate that I feel so awful, but I haven't even lost a pound the next day.  I hate that out of breath feeling I get in my chest.  I hate that it hurts.  I mean, I know: 'No pain, no gain.' But that is the stupidest thing ever."
"What about a sport.  Do you like playing anything?"
"No."  He still did not believe me, so he began to list some.
"Basketball?"
"No."
"Tennis?"
"No.  I used to like tennis, but I haven't played it since I was 12."  That's true.  I had a friend who I played tennis with until we moved, and I never saw her again.  Except there was that one time Kurtis and I played together after we first got married and he was kind of a jerk (and by a jerk I mean he didn't go easy on me even though I had told him to go easy on me because I hadn't played since I was 12), so I didn't want to play with him ever again.
"Well, I'm sorry."
"Me, too."  I said grumpily.  "Well, I do like yoga, and I do like walking.  But I hate running."
He laughed with an exasperated sigh and said, "Well, there you go."
"I just want to do all the crazy yoga poses that I can't do right now because I am not that good at it yet."
Then, as we were going to bed, I said, "I have always wanted to be good at gymnastics too."
"Really?"
"Yeah.  That'd be cool."

I mean really, who wouldn't want to be able to do this?

Posted by sweetlissybug at 2:43 PM 4 comments:

In Which My Child Tries to Become One With the Couch

For awhile now, one of my children has been trying to deceive me.  It didn't work.  Granted, he thought he was getting away with it for a long time because he wasn't home when the evidence was right in front of me and I kept forgetting to confront him.  But not today, my friends.  Not today.
Let me make something clear right now.  I am not posting this in order to shame or embarrass my child.  I am only here to entertain you, and I really do find this incident hilarious.  And because I do not want to shame or embarrass my child, he shall remain nameless.  Now, back to my story.
I have been trying very hard to get my boys to change their underwear.  I don't understand why this is so hard for them.  I've tried many tactics over the years.  Praise, yelling, etc.  But to no avail.  I've tried telling myself, this will work itself out and they will just do it someday and I really shouldn't worry about it.  But I don't think I will ever know that they change their underwear every day.
Then one laundry day, one of my children had changed his underwear every day!  Oh, my goodness!  I told him I was grateful to him that he had finally learned how to change his underwear every day and that this was a really good thing.  I think I said, "Good job." and gave him a thumbs up, or something.  Then for a really long time, he stopped, or was really inconsistent about it.
Then I started noticing as I was sorting the laundry that some of his underwear was put in the laundry basket still folded.  "Hmmmmmm."  I thought.  "I wonder if he is putting his clean underwear in the laundry.  To try to make me think he'd changed his underwear."
He was home today by the time I finally got around to sorting the laundry, and was on the couch playing Halo 4 while I was doing so.  I turned to him, "When you put your underwear in the laundry basket still folded, it makes me think you didn't really change your underwear and are trying to deceive me."  My kids are terrible liars.  He looks at me like he'd been caught, and starts trying to sink into the couch and somehow become one with it. Sort of like this: 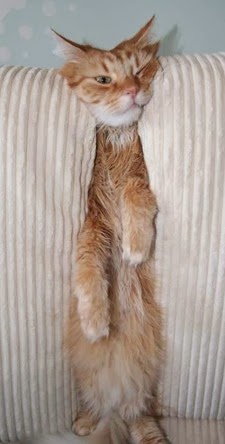 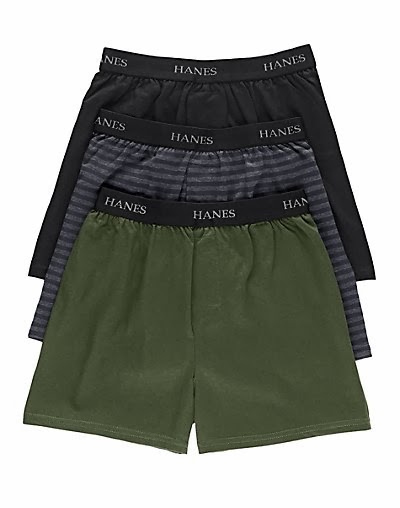 Posted by sweetlissybug at 4:22 PM 3 comments: