We've Got Our Riot Gear On, But We Just Want To Have Fun 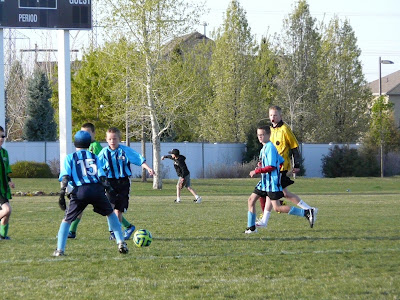 That's Riley running after the ball.  The kid with the red arms. 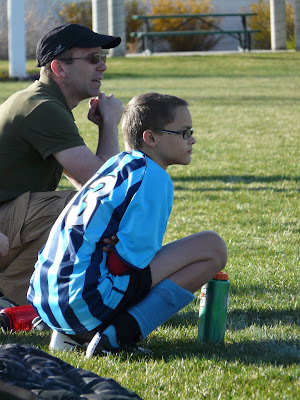 I think it was a cold morning.  Maybe that wasn't this day, but there were a few cold mornings.  I guess.  I wouldn't really know.  A lot of the time I was at rehearsal when their games were going on this time.  But I took these pictures.  I can't get Kurtis to take pictures of them at their games for me, so I was actually at this game. :) 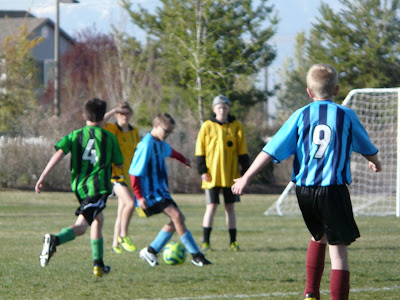 Blurry picture of Riley about to kick the ball! 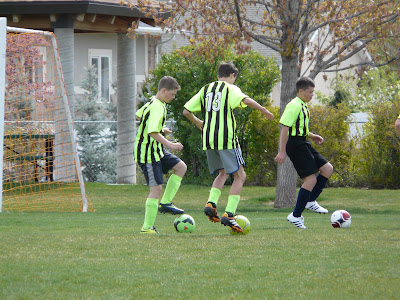 Now here's Zach.  His uniform was really bright.  And that's all I have to say about that. 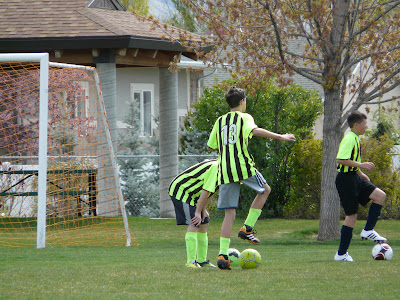 But he is more fun to watch now that he is older and not afraid of hurting himself or others. 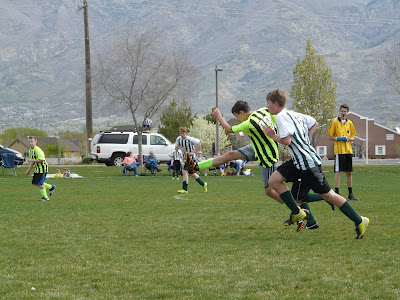 This shot is my favorite (of Zach this year). 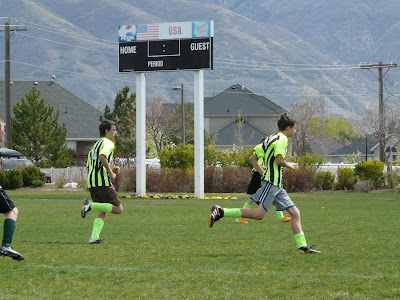 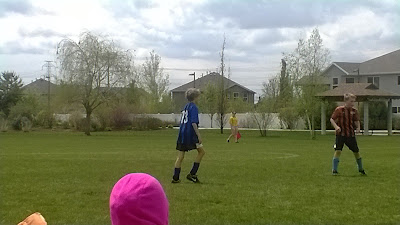 Apparently, I forgot to take my camera to Kaleb's games this year.
I'll take my mother of the year award now. 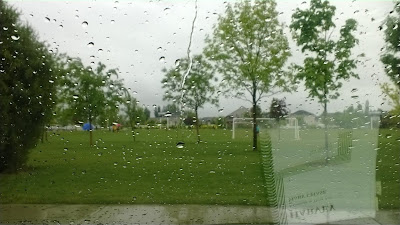 This game was one of Zach's.  They all got to play in the rain that day.
Usually, they don't let them and cancel the games, but they didn't cancel the games that morning because the had already cancelled games due to weather, and it was time to get the season over with already!
Yes, that's my script reflected in the window of my car.  That's why I like this picture. :)

And now, for your listening pleasure:

Posted by sweetlissybug at 1:30 AM