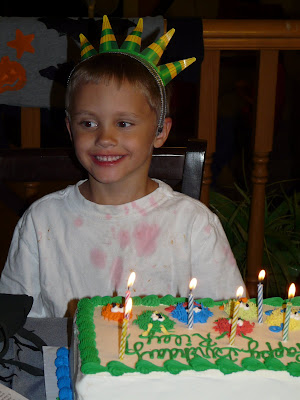 Riley's birthday party was on Sunday, October 12th. He had a great party. Lamps were broken, valuables were pilfered and rare objects splintered into a million pieces. The house looked like a tornado had come through and just, BAM! Total destruction. I don't know if my six-year-old will ever have another party again. I can't believe the things that small children can do!
No, I'm totally kidding. We had a great time and nothing was destroyed. Gotcha! Just my little side note, we don't have any valuables or rare objects. We had dinner. The five cheese lasagna Kurtis bought by accident was a hit. We bought a meat lasagna as well, but we had leftovers of that one. Interesting. Then we made craft foam bags to put their party favors in. Note to self (and anybody who cares) craft glue (even the quick-drying kind) does not dry fast enough. I should have used the glue dots. Any way, then we had ice cream cake from Baskin Robbins. So yummy! Then we opened presents. Good times. Good times. Here's a few of the pictures we took!

Some of the Aunts and Uncles having dinner... 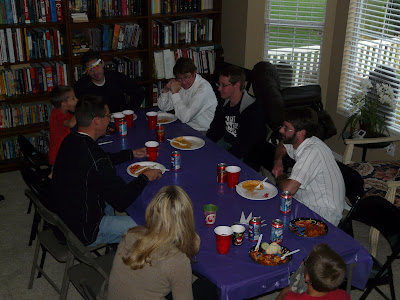 Making monster bags for the treats! 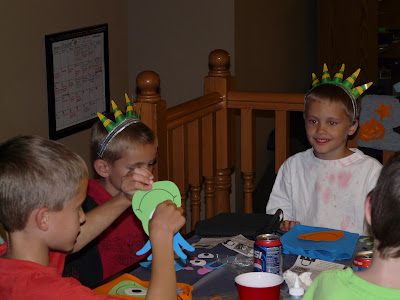 Riley had a monster-theme, so his cake had fuzzy monsters on it! 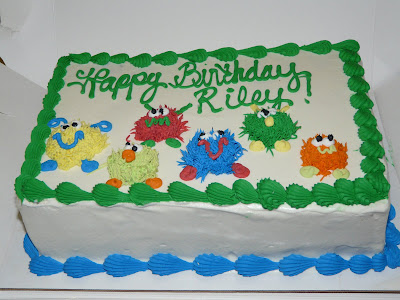 And of course! The most important part - Presents! 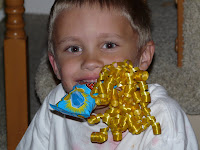 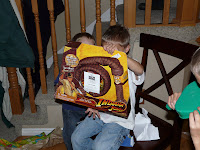 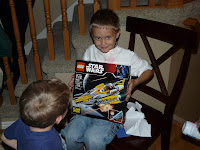 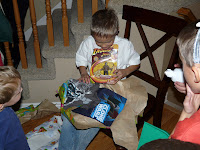 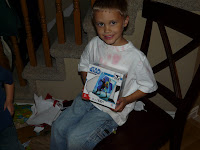 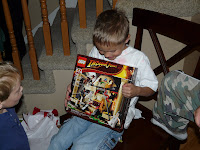 Posted by sweetlissybug at 2:00 PM

Oh man... i guess i just didn't make the cut for pictures.
i'll be better looking next time. don't worry!

Haha, Riley and I have the same Indiana Jones lego set! Mine's on my tv. :)