Monday was Kaleb's birthday.  He turned 5!  I can actually believe it!  Kindergarten is almost here!  He is so big, and loves to play with his friends and his brothers (although they keep forgetting that he isn't a baby any more and he actually can play with them now!  So frustrating!).  His cousins from Minnesota are in the state, so they came down, and spent the day with us.  They got hair cuts from Aunt Kristie, and then my sister, my niece, and I went shopping!  The idea of shopping is so wonderful.  But really it's a very frustrating experience for my sister and I.  She wanted a new dress.  Well apparently designers forgot it snows and it's freezing in the winter because nothing has sleeves!  We found one dress for her that was perfect except for the seam around her waist.  If it were a princess seam instead of an "A" type seam (I don't know what that seam is called, but it wouldn't have made me feel pretty either).  Designers also seem to forget that not everyone is a size 0.  Sooo frustrtating!

The cousins made Kaleb a "Happy Birthday!" sign and we hung it up.  It's so fun to have a birthday in December.  I asked Kaleb if he wanted us to put his presents under the tree, or avoid the tree all together, and he said, "Under the tree!"  He sees it as getting to have two Christmases I guess.  He's such a positive kid, and he is our silly one.  I love having Kaleb in our family.  It's so fun to have him around. 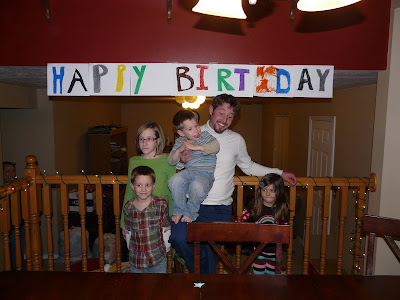 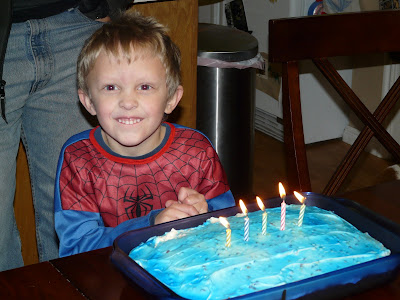 The birthday cake!  Rainbow cake with rainbow frosting that was spray painted blue with that frosting spray stuff.  So cool!  My mom helped me with it while I was shopping with the girls.  Yes, he is wearing his Spiderman costume from last Halloween.  He likes to dress up. 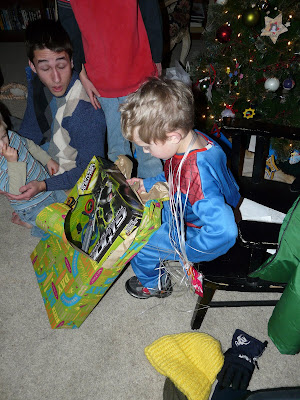 G.I. Joe sword and mask from Aunt Kristie and the cousins. 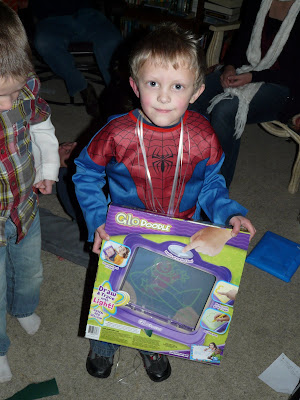 Glow doodle thingy from Grandma Bonnie.  He loves it and plays with it every day! 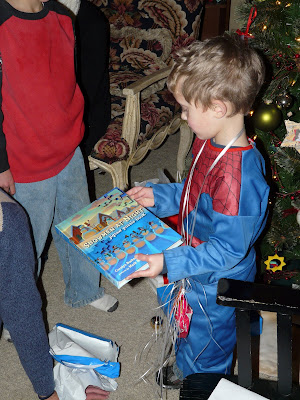 A puzzle book from Aunt Michele and the cousins. 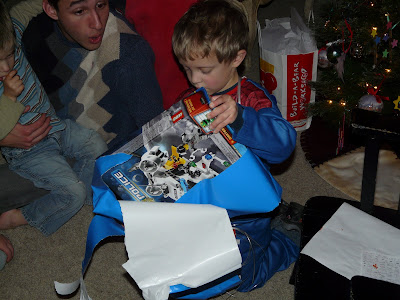 Oh, my goodness!  Space Police Legos from Mom, Dad, and his brothers!  "It's just what I wanted!" 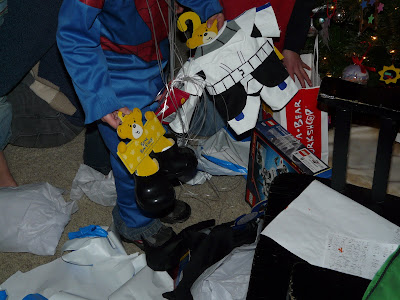 Storm Trooper and Darth Vader outfits for Spiderman!  His Build-A-Bear toy he got last year also from Grandma Nancy and Grandpa Roger.  Today, his puppy is Captain Rex.

Posted by sweetlissybug at 12:25 PM