I Want To Live on Cannon Beach!

Well, we are back from our vacation in Portland!  We loved every second of it, and loved coming home to lots of hugs from our boys!  They are the best.  My mom and Emily said they were super awesome for them.  Emily rocked, and helped Kaleb clean his room (a monumental task) Thursday, and my mom helped him finish the job the rest of the weekend.  And she did laundry and vacuumed, and cleaned.  Even though I spent all of last week washing walls, and vacuuming and cleaning to make the dog hair go away.  She probably just helped me out by finishing up the boys rooms.  I figured she probably wouldn't need to go in them, so they weren't that big of a deal, but apparently, Zach's room was just too much for her, and she couldn't help herself.  I am laughing right now.  I am so not being serious.  I love my mom!  She's the best.  She just likes to clean, and organize, and she is good at it.  I, on the other hand, am not, so it is nice that she helped us out.  Thanks, Mom! :)
So Saturday, Kurtis and I got in our blue Kia Spectra rental car, and drove an hour and a half to Cannon Beach, OR.  It was 57 degrees and windy there, but oh my gosh!  I loved it there!  I just love the ocean.  I don't know what it is about the waves crashing on the shore, or the rocks, but I just find it breath taking.  We went to see Haystack Rock.  It is this ginormous rock right near the shore on Cannon Beach.  Apparently in the spring, puffins come and nest there.  We must have been too late in the spring because we didn't see anything but seagulls.  It was so nice.  Kurtis and I took a romantic stroll down the beach, and I picked up crab claws that the sea gulls had ripped off the bodies of the crabs and tossed aside as they devoured their meal.  I thought the boys would enjoy seeing them, but Kurtis said they were gross and wouldn't let me bring them home.  :(  Then, we laid out the towel for two that we brought and read our books.  After I read a chapter, I started to get cold, so I decided to take off my shoes, and see how cold the water was.  It was freaking freezing!  Then, I wandered down the beach some more, and picked up more crab claws and bodies and a lobster head.  At least I think it was a lobster.  I could be wrong.  I don't really know my sea creatures that well.  After awhile, Kurtis called me because he didn't know where I'd gone.  Even though I had said I was going for a walk when I got up.  He was too engrossed in his book and didn't even notice that I had left.  So I went back to him, and showed him all my treasures.  He said they were way too gross, and so I took a picture of them, and left them behind.  But we went walking some more, down the other direction, away from Haystack Rock.  Then, after I got some amazing pictures of the light house off in the distance and the shoreline, we turned around and drove back to Portland.  We went to the temple grounds and took some pictures of the temple there.  We didn't bring our church clothes, so we didn't go inside, but it was a very peaceful place, and quiet.  It was a great way to end our trip.  Although, we went to dinner at the Dragonfish Restaurant to end it all.  Excellent Asian cuisine.  I highly recommend the place. 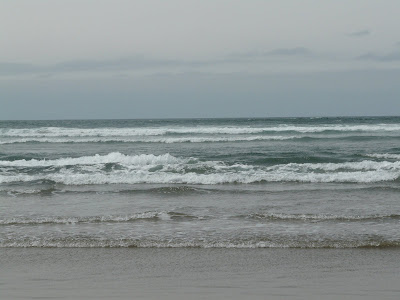 I love the ocean waves. 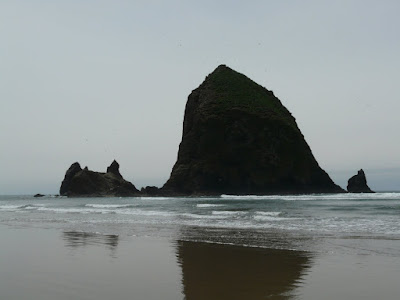 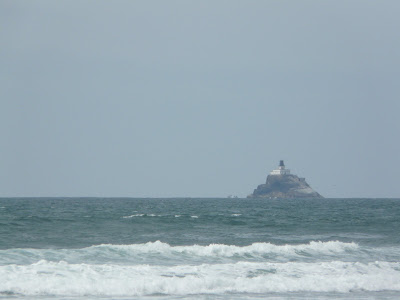 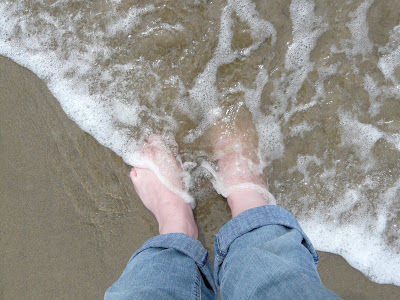 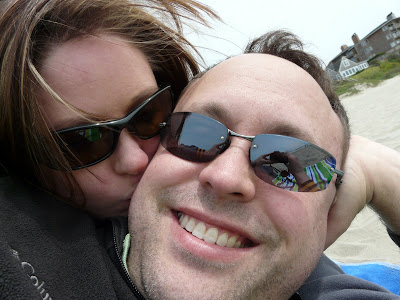 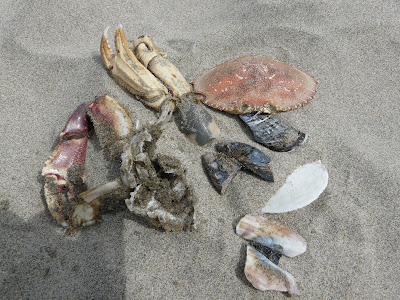 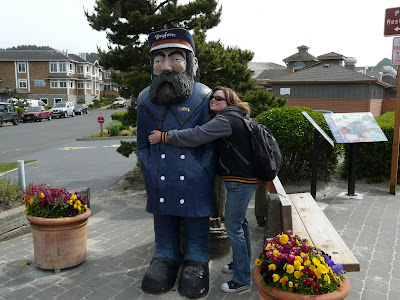 I love me some Salty Sea Dog! 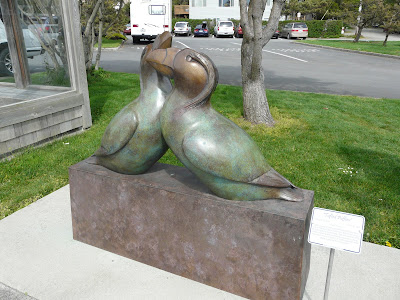 A statue of the puffins. 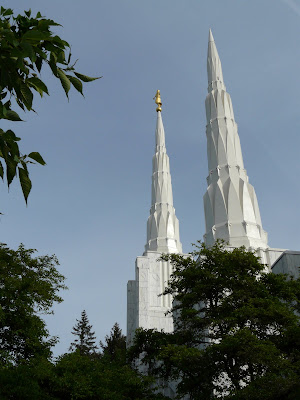 The Portland Temple for the Church of Jesus Christ of Latter Day Saints. 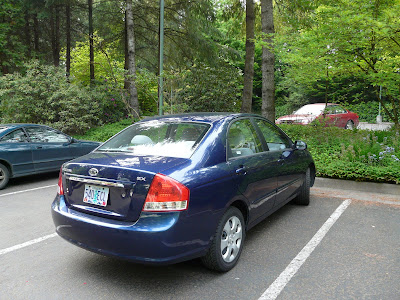 Our rental car.  It is soooo much nicer than our car!  I miss it. :P
Posted by sweetlissybug at 10:46 PM

Looks like so much fun! Glad you had a nice time. :)

my kids think your salty sea dog pic is hilarious- I have a feeling the phrase "Salty Sea Dog" is going to stick around awhile...