Well, I'm Just Gonna Do Here What I Gotta Do Here

I like to blog about my life in the order that things happened, but I think I need to stop caring about that.  It's not as important as I think it is.
I am so freaking tired today.  Last night, I came home at a reasonable hour.  I went to bed at 1:45, or so.  I was almost asleep when my husband finally came to bed.  Which, of course, woke me up a little.  Then, this morning, he woke me up at 8:00.  "Are you still going to take me to the motorcycle place?"  Kurtis' bike is leaking gas.  I want to kill him.  "What time is it?"  "It's just after 8."  The motorcycle place doesn't open until 9.  "Yeah.  I'll take you.....Znnnzz."  Then Zach comes in, Kurtis gets up.  Zach lays down where his dad just was.  I don't remember the conversation.  It was mostly about how tired Zach is.  Shut up and go back to sleep.  Not sure if I thought it or said it out loud, but at 8:45, I got up and put some clothes on.  I tell myself I will go back to sleep when this is over.  That never happened.  I tried to take a nap just now, but it's hard to take a nap when there are children in the house.  And they are awake.  Consider that your warning about why this post might not always make sense or really be all that well proof-read.  You can point out my grammar mistakes and I'll just fix them later.  Sound good?  Great.
I like music.  I really, really enjoy a good band.  I like happy music.  I like depressing music.  I like all kinds of music.  Except country.  I'm not really a fan of that.  So in December (I think it was December), when tickets went on sale for this new band I'd heard about over the summer, I just had to go!  Apparently, this band is pretty popular, too.  The radio DJ told his listeners (and I just happened to be listening at the time) that all the people who won tickets to see this band had actually come to pick up their tickets.  How often had that happened before?  Never.  What is this amazing band I have yet to mention the name of you ask?  Why, it's Foster the People, of course!
I love them.
Once again, Salt Lake City lived up to their reputation of being a great audience.  The band is from L.A., where according to Mark Foster (lead singer and a bunch of instruments), audiences don't let you know if they are having a good time or not.  "They just tweet about it later."  Not here.  We scream, we dance, and we scream some more.  I woke up with a sore throat this morning.  It's awesome.
My bestest friend Nicole and I decided that because last time she went to a concert at the Great Saltair, somebody got dropped on her head, we should go up to the "Beer Garden".  I have no idea if that's what it's really called, but that's what we call it.  I'm pretty sure she coined the phrase.  We also decided that because we weren't going to be trying to get to the front of the stage, we didn't need to get there that early.  We were wrong.  The Beer Garden was pretty crowded and we didn't get a good spot on the balcony.  We couldn't see the stage at all and missed Kimbra's set (visually).  We decided to go to the merch table and check out the t-shirts.  After that, we stayed on the floor, but it's still hard to see because we are both vertically challenged.  They wouldn't let me bring my camera inside, so I got some pictures of Mayer Hawthorn performing, but they are all crap.  After his set, we tried to get closer, so some of my pictures of Foster the People are okay, but nothing spectacular.  While we were waiting for them to come on, we entertained ourselves by speculating about why they were taking so long to get on stage.  Our conclusion was that they were so new to the scene they haven't figured out the fine balance between high enough and too high to go on.  He he.  I love Nicole.  She's the best.  What a great night. :D
When they finally came on, they rocked the house!  They played all my favorites:  "Waste, I Would Do Anything For You (which, let's face it.  He needs to work on remembering the lyrics to that song because he skipped an entire verse), Color On the Walls, Houdini, and a few others that I hadn't heard before. 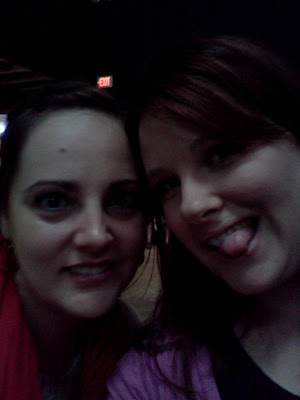 Just a couple of hotties.

This is Kimbra.  But you probably know her best from this: 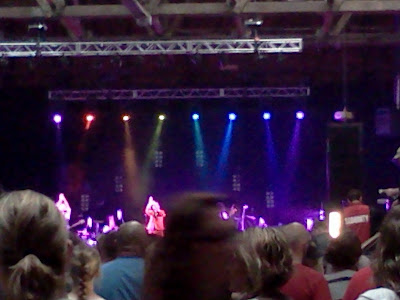 That's Mayer Hawthorn in a fancy red suit.  I liked his music, too.  He was great.  Here's one of his songs: 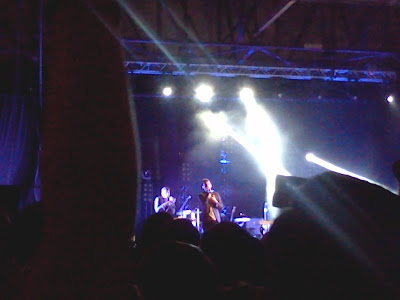 Then Foster the People came out singing "Miss You"! 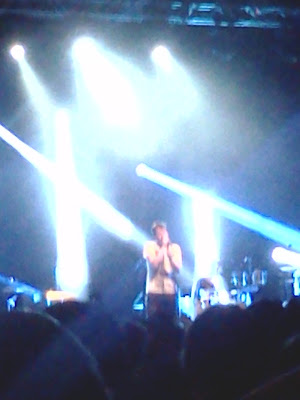 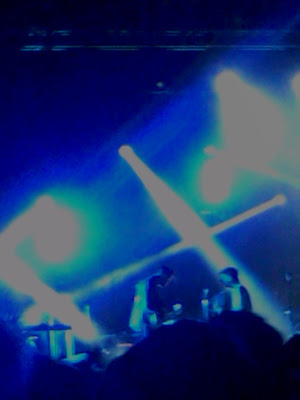 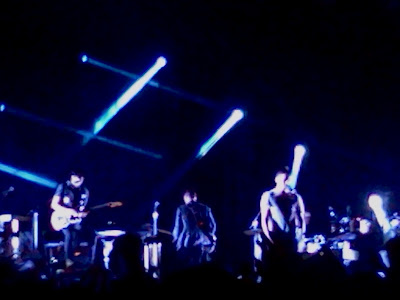 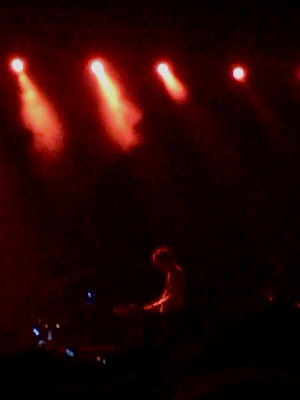 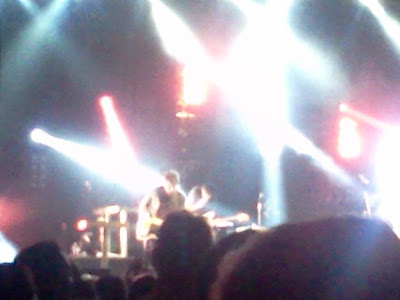 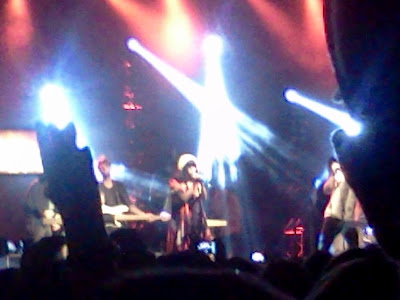 They wrote a song with Kimbra, and so they asked her to come sing it with them.  You know, since she was there and all.  Oh, hey.  Look.  I found the video for it. :D

I saw an episode of "Angel" like this once. 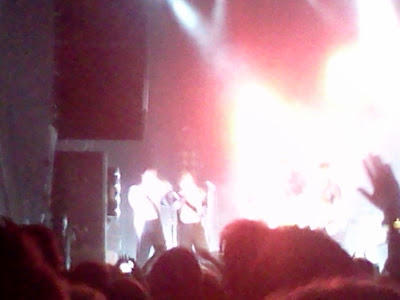 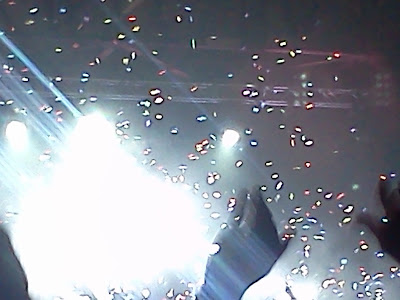 For their encore they sang two songs.  One that was slower, but then they ended with "Pumped Up Kicks" and at the end:  BOOM!  Confetti burst out of two cannons (one on either side of the stage).  It was pretty spectacular.  I wasn't expecting that.  Like I said.  Last night was pretty freaking awesome. :)
Posted by sweetlissybug at 4:41 PM